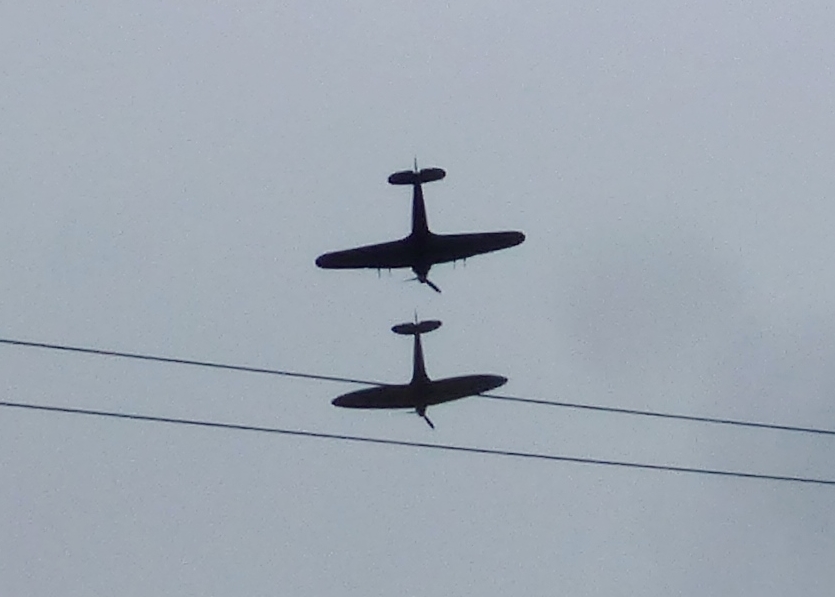 Rumblings overhead on Armed Forces Day on June 26th were followed almost immediately by a Spitfire and a Hurricane making a circle in the air over the village, centering on Warner Street. It was exciting to watch them fly low, turn and fly over again but for many people in Barrow, it was puzzling about just what they were doing and why. 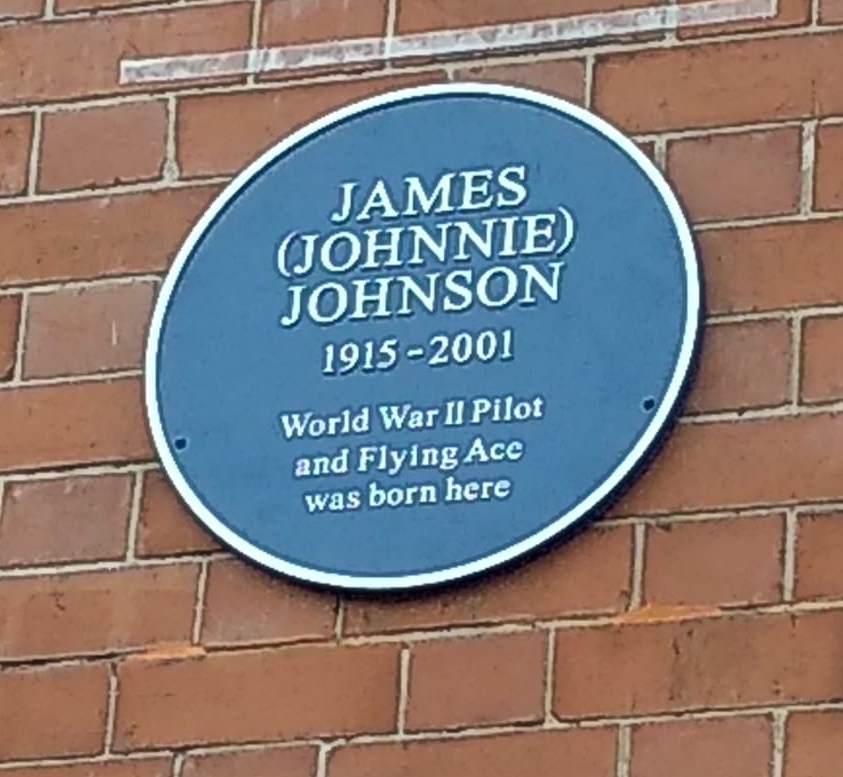 It was all part of the unveiling of another blue plaque for the village. This one is in Warner Street on the house where World War Two fighter ace (and later Air Vice Marshal) James ‘Johnnie’ Johnson was born. The original unveiling was postponed because of Covid restrictions and even this one was pared down and had to be kept ‘secret’ to prevent crowds gathering and contravening rules about fewer than 30 people at public gatherings. In the end, rumours began to circulate as the good people of Warner Street sensed something was about to happen. The event was attended by Christopher, Johnnie Johnson’s youngest son; a cadre of Royal Air Force cadets; a teacher and some pupils from Hall Orchard Primary School; representatives from the parish and borough councils and from the RAF Association (Leicester).

What of the owners of this, now, special house? What do Naomi Jones and Will Hudson think of living in a house with a blue plaque? They consider themselves very lucky to “live in a house that represents such an important part of Barrow’s history.”

It took a lot of organisation from a lot of people (not least filing the fly-past application almost a year in advance of the event) for this exciting moment in Barrow’s history.

Video footage given to us by Lauren from Glenfield who was at the station at the time of the fly past.