The village under lockdown - a summary of the last few months. 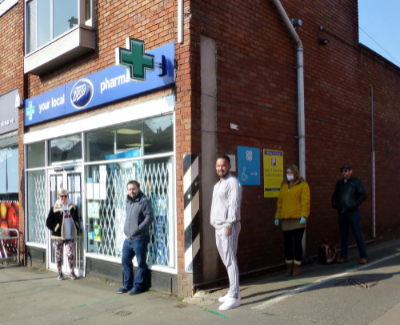 It’s May 25th today and village life is in some ways returning to normal. There’s increased traffic along the High Street, Boris said,” Go back to work”, the King George V Playing Field has small groups sitting on the grass – spaced out, but meeting up just the same – Vicki Wallin can trim your dog and Taylor’s Florist is selling flowers again. You can’t go inside yet but there’s a safe system for handing them over. And the queues in front of Boots are shorter. These signs are so welcome. Barrow’s getting over the period of ‘Hard Lockdown’ into a ‘New Normal’ of more freedom. We’re learning to live with the virus - we’ll have to - hope of a vaccine is still far away. 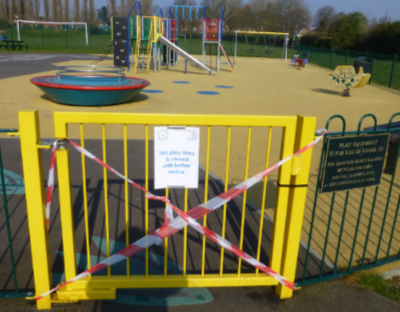 But to go back a bit. When did lockdown actually start? Well, officially on March 23rd as on this date all shops, cafes, estate agencies, pubs, schools, colleges, children’s playgrounds, sports facilities, gyms, garden centres and libraries were closed. Unless you were selling food, a takeaway outlet, chemist’s or a medical facility, you had to put up the shutters. But this drastic move was the consequence of a change in government thinking. A report released on March 16th said that 250,000 UK citizens would die if the relaxed washing hands and sneezing into your elbow policy of earlier months wasn’t altered. 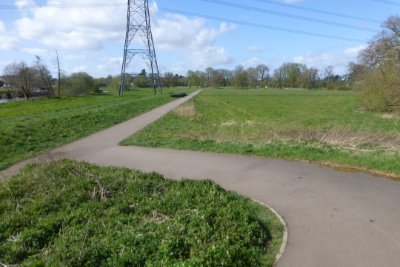 Things were now deadly serious. You could only go out for two essential purposes; shopping and exercise. Some, with underlying health conditions, or aged over 70, were told not to go out at all. There was a lot of fear in the village, even though on March 23rd there were only 254 cases in the whole of the East Midlands. A person delivering the Barrow Voice Spring edition, a little later than usual, was criticised on Spotted Barrow for possibly spreading the disease. Vigilantism had begun and raised its ugly head occasionally throughout the period. Apart from the shops, the village became deserted – the slabs had no takers. 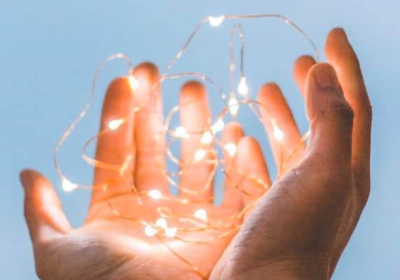 There are two stand-out memories from the early lockdown days. The first is the fantastic response and generosity of the Barrow Community to the needs of those unable to pick up their own prescriptions or food orders as they had to self-isolate. Lots of love was spread around! The formation of the Facebook Helping Hands group, with over 1,000 followers, quickly became the go-to page for information and requests for help. This group joined forces with the already existing Baptist Food Bank to help keep many in self-isolation not simply supplied with their medication and well fed, but in touch with the outside world as their cheery blogs raised spirits too. Not all Leicestershire villages had a Helping Hands. Barrow was lucky. 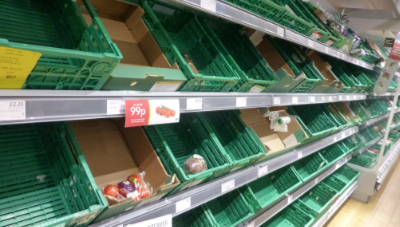 The other memory is of the empty shelves as people, afraid of a food shortages, panic bought sanitisers, tins, toilet rolls and pasta. Although our local Co-op and Barrow Express were never as crowded and chaotic as the huge London Tesco’s we saw nightly on TV, like them, they had to start rationing items and often had gaps on their shelves. Pleas went out reassuring everyone there was no shortage of food. It didn’t work and staff worked long and hard restocking shelves. Like the Co-op and Barrow Express, Barrow’s Service Station, with its Post Office counter, always remained open and was very much appreciated as online shopping took off big time and parcels needed to be dealt with. 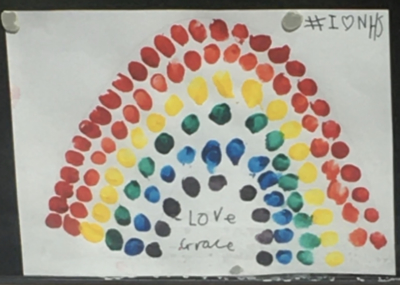 In April, although the numbers of dead, nationally, were rising horrendously, over 5,000 by April 6th, life in Barrow had become more organised and colourful. Rainbows had appeared everywhere. Barrow Health Centre had sorted out a side door access and the food shops had social distancing markings. Boris had caught the bug, as had Barrow man Matt Gudger a few weeks earlier. Matt had a very brief stay in Leicester General and was home by now but Boris was worse and hospitalised for longer. 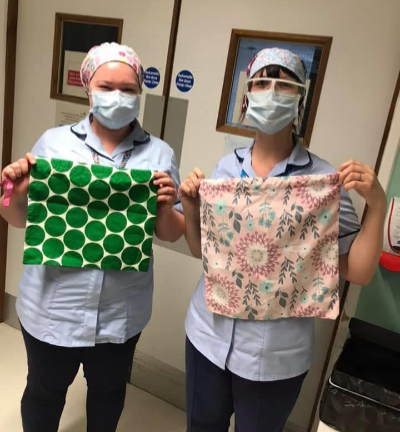 Barrow’s many keen sewers responded to the national scandal of too little PPE by starting to make 2,500 uniform bags, 100 scrub caps and 1,000 headbands for nurses. Astonishing! The Clap for Carers which had begun in the last week of March carried on into April and May. It deepened friendships between longstanding neighbours and sometimes, in the newer parts of the village, helped residents to get to know each other much better.

The village crier David Dipple donned his finery and rang his bell not only on a Thursday night at 8 pm for the NHS but also in the High Street on a Wednesday lunch time to thank Barrow’s keyworkers in Boots and the Co-op. On April 22nd Matt Hancock, the Health Minister, said that the disease had reached its peak. There had been 18,100 deaths in hospitals; care homes weren’t counted, nor the wider community. 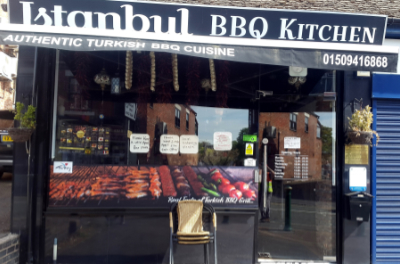 As restaurants were still a future dream, takeaways continued to fill the gap. The Istanbul BBQ Kitchen had been open throughout but now some of Barrow’s pubs started doing takeaways on certain days. The Moorings began making pizzas, The Soar Bridge Inn had popular Curry Nights and the chip shop and Lee’s Garden reopened. Originally the lockdown period had been for a month but on April 16th it was extended for another three weeks. 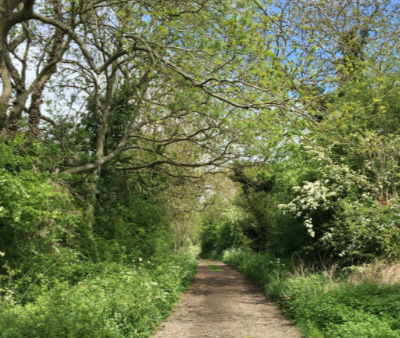 Because walking was allowed as exercise, and you weren’t supposed to drive far from home, Barrow’s hawthorn-lined footpaths came into their own. People who’d normally travelled further afield were surprised and delighted to discover what beauty lay close to home. 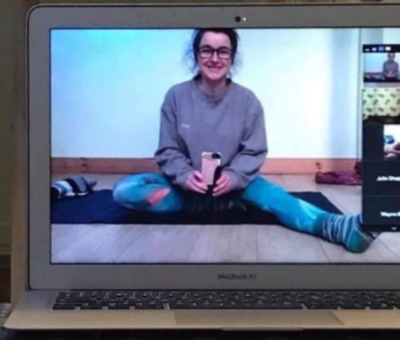 And local keep fit businesses and sports such as Fab Fitness, Elevate Yoga and L L S Karate went online. As long as you had a computer you could enjoy virtual sessions and had no excuse for any loss of muscle tone! 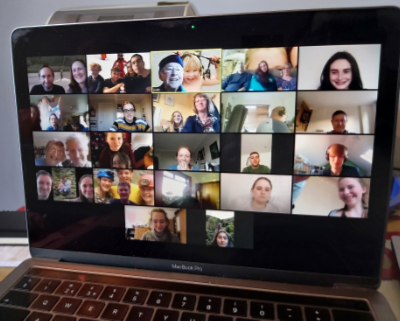 Zoom. Few had heard of Zoom before lockdown, as the app had been the preserve of the business community, but it was easy to use, and free, so it became the most popular way far flung families kept in touch. Families often met up on Zoom to play games together and celebrate birthday parties. Skype, WhatsApp Video and myriads of other applications helped keep families reassured that their closest friends and relatives were alright as they could see they were alright! 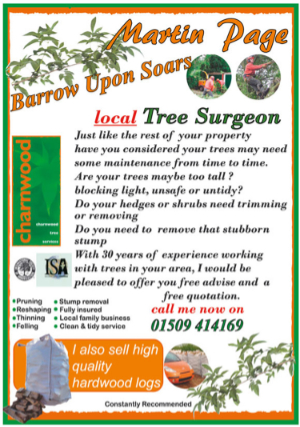 Some local businesses could still operate if reacting to an emergency or working outside: electricians, plumbers, roofers, tree surgeons and chimney sweeps. Others, like accountancy firms, could ask their staff to work from home and so could operate almost normally. For the rest, this extension was the continuation of a financial nightmare. Even though there was a government loan scheme promised, and another in operation to furlough staff on 80% of their pay, many said the total lack of income was like falling off a cliff edge. 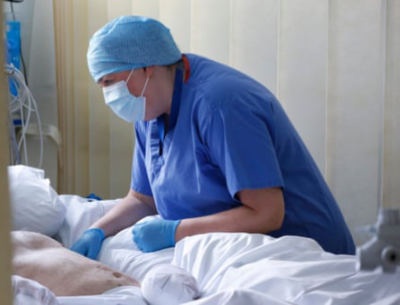 On May 1st the UK death toll had reached 27,510. This now included deaths in Care Homes as well as NHS hospitals and the wider community. The death toll for that day was 739. However, daily totals of new cases were falling and more front line workers were being tested. There was hope at the end of the tunnel. 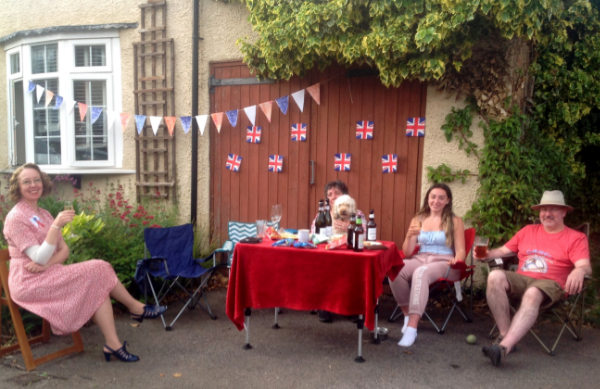 Then on May 8th came V E Day and great weather to sit in front of your house and shout to your neighbours. Sadly, social distancing rules meant you still had to keep two metres away from anyone not in your household but just the same some streets made it a very jolly occasion. New Street was one of them, celebrating in style with wine, nibbles, bunting and Union Jacks; in other parts of the village nothing changed at all.
But over the last three months the world has changed. Total deaths in the UK up to today, May 25th, are 36,675 with about 150 daily deaths. The UK is opening up and with it Barrow, only everyone will still have to be careful or it will all start again. Another lockdown? Heaven forbid.