Barrow Voice Community Association Magazine
You are here: Home» Features » Over the Rainbow

June is Pride Month, you may well know that and be taking an active part in it, but if you are not sure what it’s all about, Genevieve Silk has answered a few common questions.

What is Pride Month? 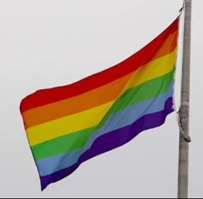 Pride month takes place in many countries around the world and is dedicated to celebrating LGBTQIA+ communities worldwide and often includes parades, marches and other pride-related events. June was chosen to be Pride Month because it is the month the Stonewall Riots took place in the USA in 1969, which helped spark the fight for gay rights across the world.

What were the Stonewall Riots?

On 28th June 1969, police raided the Stonewall Inn in New York, a gathering place for gay, lesbian and transgender people, for the second time in a week. Over 200 people were thrown out into the street by the police and many were beaten and arrested for cross-dressing. Furious at the endless discrimination and brutality they faced at the hands of the police, the community fought back, led by trans women of colour Marsha P. Johnson and Sylvia Rivera.

What is the LGBTQIA+ community?

LGBTQIA stands for lesbian, gay, bisexual, transgender, queer, intersex and asexual. The ‘+’ includes other sexual orientations and gender identities, such as non-binary, demi-sexual, pansexual and agender.

The word ‘queer’ is used as an umbrella term to describe anyone who is not heterosexual or cisgender. The word started to be used pejoratively against people expressing same-sex attraction in the late 19th century and began to be reclaimed by the community around a century later in the late 1980s.

Why are there so many different flags?

While the rainbow flag that many people are familiar with is designed to include the entire LGBTQIA+ community, each subset of the community has its own flag. One comparison for this could be the flags of the United Kingdom. Although the Union Jack is the flag of the country as a whole, each nation, and even some regions, has its own flag. Some people in England feel equally represented by the Cross of St George as they do by the Union Jack, while others feel more represented by one than the other. It’s the same with the flags in the LGBTQIA+ community.

At Pride events, the number of flags often looks like it could give the United Nations a run for its money. While the rainbow flag is always prevalent, it’s common to see flags representing the lesbian, bisexual, asexual, transgender, intersex and non-binary communities, plus a whole host of others.

Do we really need so many labels?

Labels can be both a blessing and a curse. On the one hand, they can force people into boxes they don’t feel necessarily represent them, while on the other hand, they can provide people with a voice, a platform and, most importantly, an identity. Gender and sexuality can be abstract, fluid and hard to pin down and not everyone feels like their sexuality fits so neatly into broad categories such as ‘heterosexual’, ‘homosexual’, bisexual’ or ‘transgender’. We need language to express ourselves (think of how frustrating it is when you can’t think of the right word to describe how you’re feeling!) and adding increasingly specific labels allows a great number of people to feel that their identity is legitimate and, more importantly, that they are not alone.

For example, a person who grows up wanting to fall in love one day but without ever feeling sexual attraction may feel alone, lost and in some way broken until they come across the term ‘asexuality’ and realise that it fits them perfectly. That person may experience romantic attraction to both men and women and adopt the label of “biromantic asexual.” On the other hand, people who experience neither sexual nor romantic attraction may adopt the label of ‘aromantic asexual’. 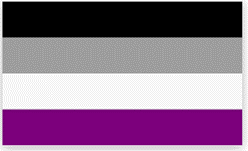 Why do we have Pride Month? Don’t LGBTQIA+ people already have equality?

Although homosexuality was decriminalised in 1967, Section 28 remained in place until 2008 and prohibited the ‘promotion of homosexuality by local authorities.’ This banned schools from teaching children about homosexuality and effectively led schools to turn a blind eye towards homophobia.

While same-sex marriage has been recognised and performed in England and Wales since 2014, the LGBTQIA+ community still faces considerable discrimination in a society that presumes everyone to be heterosexual and cisgender by default. 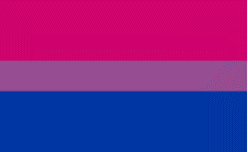 Why isn’t there a straight pride?

Aren’t there only two genders?

First of all, it’s important to differentiate between gender and biological sex. While often used interchangeably, gender is a social construct based on behaviours and attributes relating to ideas of masculinity and femininity. The concept of gender can be abstract and culturally dependent and many people do not feel 100% feminine or 100% masculine. Some of these people identify as non-binary and see themselves as neither completely masculine, nor completely feminine, while others are genderfluid, meaning their gender identity is not fixed and can fluctuate. Gender non-binary and genderfluid are two examples of a whole host of gender identities. 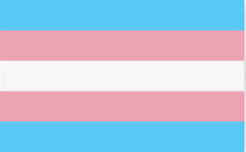 Sex, on the other hand, is determined largely by hormones and chromosomes, with the XX chromosome combination denoting female sex and the XY chromosome combination denoting male sex. A person’s sex is usually assigned at birth, based on the baby’s genitalia. However, splitting sex into black and white, male and female, isn’t quite as simple as it sounds. Worldwide, 1.7% of babies are born with ambiguous genitalia, making them intersex. Moreover, chromosomes don’t always come neatly in pairs, but are found in combinations such as XXY, XYY and XXYY. Intersex people are estimated to make up around 4% of the general population.

Isn’t the concept of multiple genders very modern? Back in my day women were women and men were men!

While it’s only recently that we have developed terminology in English to describe people who do not fall into the binary categories of male and female, these people have always existed and many cultures around the world acknowledge the existence of multiple genders.

India, Pakistan, Bangladesh and Nepal legally recognise a third gender known as ‘hijra’. Hijras have been recognised in India for millennia and references to them can be found in sacred Hindu writings.

The Zapotec people of Oaxaca in Mexico acknowledge a third gender that they call ‘muxe’ and which even has a dedicated three-day festival known as Vela de las Intrepidas (Vigil of the Intrepids).

Many Native American tribes recognise the existence of ‘two-spirit’ people – an umbrella term used to describe anyone belonging to one gender but believed to have the characteristics of the other gender. Two-spirit people were traditionally considered a good omen and were given special roles and an elevated status. For example, the ‘winkte’ people of the Lakota tribe traditionally took on spiritual or leadership roles like praying for the sick and naming children.

It was only as a result of colonisation that this recognition and acceptance of multiple genders was stigmatised and, in some cases, outlawed.

You may have heard people talking about the pronouns they go by and be wondering whether pronouns are specific to the LGBTQIA+ community. Pronouns are a key part of English grammar and are used to replace the name of a person or thing. ‘He’, she, ‘it’ and ‘they’ are all pronouns. For example, in the sentence “I met a woman yesterday and she told me her name was Sarah,” ‘the words ‘she’ and ‘her’ are pronouns and denote Sarah’s gender.

Many non-binary people use the pronoun ‘they’ instead of ‘he’ or ‘she’. An example of this could be “I met a someone yesterday and they told me their name was Alex.” It might feel a little strange to use the word ‘they’ to refer to a singular person rather than a group of people. However, we use the ‘singular they’ all the time in English when a person’s gender is unknown. For example, “It looks like someone has left their umbrella, I hope they don’t get caught in the rain!”

Some people argue that this is not grammatically correct and that the word ‘they’ should never refer to a singular entity. However, the ‘singular they’ has been used in English for centuries and can be found in works of classic literature, for example in Jane Austen's Pride and Prejudice: “To expose the former faults of any person, without knowing what their present feelings were, seemed unjustifiable.” Further examples of the ‘singular they’ can be traced back to the 1300s.

The term ‘pinkwashing’, also called ‘rainbow washing’ is used when companies sell rainbow or pride-related products in superficial support of the LGBTQIA+ community to capitalise on Pride Month for their own personal profit without taking any real steps to support the community.

Can you recommend some media that feature LGBTQIA+ protagonists?

It’s not always easy to find media that feature LGBTQIA+ people in a central role. Here is a list of series, films and books with queer protagonists.

Orange is the New Black: The story of a bisexual woman in prison for a crime she committed a decade ago. The series follows the stories of a diverse range of characters from across the LGBTQIA+ community. Available on Netflix.

It’s a Sin: The story of a group of young gay men in London as the AIDS epidemic sweeps the world. Available on Channel 4.

Genderquake: A two-part documentary that follows 11 strangers with different sexualities and gender identities as they spend a week together and confront each other’s expectations of what it means to be a man or a woman in 21st century Britian. Available on Channel 4.

Pose: The story of trans women and gay men in the New York ballroom scene in the 80s and 90s against the backdrop of the AIDS crisis. Available on Netflix

Pride: The true story of a group of lesbian and gay activists who supported a small Welsh mining town during the British Miners’ Strike in 1984.

The Watermelon Woman: The story of a Black lesbian woman working a day job in a video store while trying to make a film about a black actress from the 1930s.

The Danish Girl: Inspired by the true story of a transgender Danish woman in the 1920s who was one of the first people in the world to undergo gender reassignment surgery.

Louis Theroux – Transgender Kids: Journalist Louis Theroux spends time with children in the process of transitioning from one gender to another.

Where can I find more information?

Stonewall is a lesbian, gay, bisexual and transgender rights charity in the UK.

A list of different sexualities and more information about sexuality can be found here.

A list of different genders and more information about gender can be found here.

A list of different flags can be found here.

Find out more about societies that recognise multiple genders here.

Find out more about pinkwashing here.

Find out more about Pride Month and the Stonewall riots here. 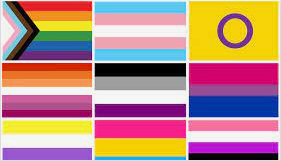